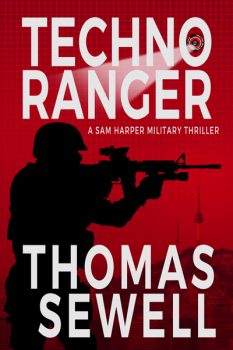 Techno Ranger by Thomas Sewell North and South Korea are on a collision course. 1LT Sam Harper wants to fit in on his new military intelligence new job supporting the Rangers, but the operators and local security bureaucrats get in the way after losing face. A North Korean general sends a naïve Special Forces lieutenant […] 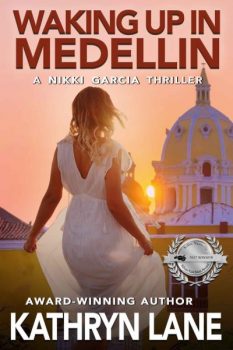 Waking Up in Medellin by Kathryn Lane Nikki Garcia is an unlikely Sam Spade: a sexy traveling auditor who accepts no spread sheet at face value as she grapples with high level, mega-money corruption, and her own ghosts. Manages to introduce you to two new worlds: the labyrinthine of back room treachery and international business, […] 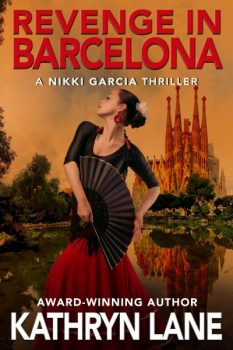 Revenge in Barcelona by Kathryn Lane International terrorists set out to blow up Spain’s most famous landmark. La Sagrada Familia. Nikki Garcia and her fiancé become entangled with the mystery and suspense as they unwind the plots behind the saga. A thrilling story with a well-researched plot. 2020 Eric Hoffer Book Awards and Next Generation […] 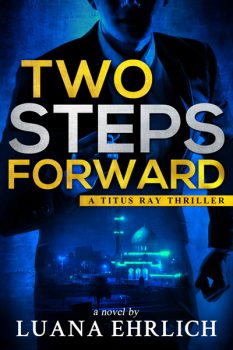 Two Steps Forward by Luana Ehrlich When CIA operative Titus Ray has an unexpected encounter with a Jihadi terrorist while he and Nikki are on their honeymoon in Morocco, he assumes it’s a coincidence, but when they travel to Israel for the second half of their honeymoon, and Titus encounters him again, he contacts his […] 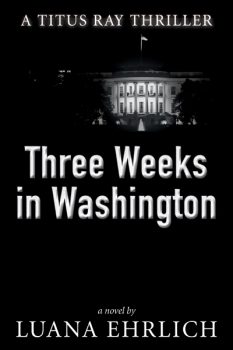 Three Weeks In Washington: A Titus Ray Thriller by Luana Ehrlich CIA intelligence operative, Titus Ray, arrives in Washington, D.C. on the day a terrorist enters the Washington Navy Yard and murders five people. Convinced the incident is connected to a Hezbollah plot to use chemical weapons on an American city, Titus jeopardizes his own […]

The Devolution of Adam and Eve by Mit Sandru Genetic Altering Pathogen Devolves Humans into Apes. By 2062, humanity has recovered from the Apocalypse, but the population has increased to over 20 billion souls, straining societies, countries, resources and Earth itself. Wars and lawlessness are a fact of life in most of the world, and […]

The Price of Justice by Vincent Green At sleepy Fort Leavenworth, Kansas the commanding general’s wife Bunny Harris is decapitated with the Arabic word for “dust” scrawled in her blood over the bed. JACK GARRETT (40s), a Los Angeles entertainment lawyer and former special ops soldiers reports for reserve duty at the fort and finds […]

Loss Of Reason: A Thriller (State Of Reason Mystery, Book 1) by Miles A. Maxwell If your sister lived New York City when it was hit by a nuclear bomb would you take the slimmest chance to try to save her? Step-brothers Franklin and Everon are determined to find and save their sister Cynthia, her […]

Brainrush by Richard Bard The sensational Wall Street Journal #1 Bestseller that Publishers Weekly called “A Terrifically Entertaining Thriller” is finally FREE! When a freak accident endows a terminally ill man with extraordinary mental abilities, he’ll spend his last days fighting to rescue a woman and her autistic child, unwittingly becoming the only hope against […]