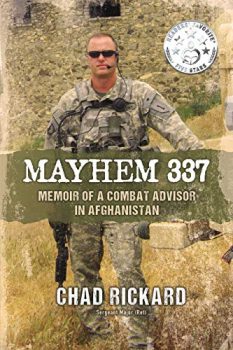 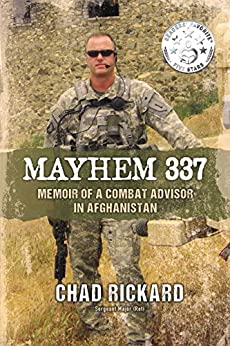 Mayhem 337: Memoir of a Combat Advisor in Afghanistan by Chad Rickard In 2008, multi-tour combat veteran and US Army Infantryman Chad Rickard embedded within the Afghan Army as a Combat Advisor. Sent to Khost Province, Rickard was confronted with a tenacious enemy. Often outnumbered, Rickard and his men fought the Taliban on the streets […] 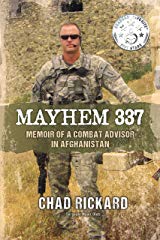 Mayhem 337: Memoir of a Combat Advisor in Afghanistan by Chad Rickard In 2008, senior US Army infantry sergeant Chad Rickard deployed to Afghanistan as an embedded combat advisor to the Afghan Army. Follow in his footsteps as Chad takes you on a wild ride through Eastern Afghanistan. From hostage situations on the streets of […]