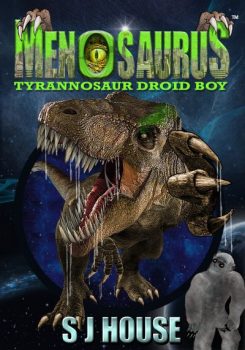 MenoSaurus: Tyrannosaur Droid Boy by S J House Book One: Tyrannosaur Droid Boy The year is 3017. The powerful, shape-shifting Menosuars are watching Earth from their home planet, Prehistoria. Finally, after eons, their plan to take control of Earth and its scarce reserves of Grandidierite is almost complete. Surviving a near-fatal plane crash, Rex has […] 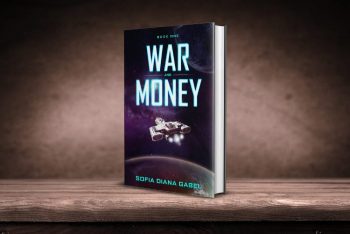 War and Money, Book 1 by Sofia Diana Gabel The alien wars are unending. In 2187, Earth has the Katarga trapped on the moon, refusing to allow them to escape. The Piltrak and Jurale are pending threats, which forces Global Command to recruit 15-year-olds as soldiers. Dax, low-status and a non-conformist, never imagined she’d be […] 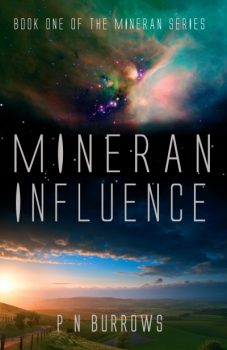 Mineran Influence by P N Burrows Sam, an ex-soldier who is trying to rediscover himself after twenty years of service, unwittingly stumbles upon a mysterious alien presence in rural Wales. He thought he’d discovered criminal activities, it was more than that and everything he believed in was shattered. He is drawn into a tangled web […]

The Far Side of Evil by Sylvia Engdahl On completion of her training as an agent of the interstellar federation’s Anthropological Service, Elana is sent to a world whose people may soon destroy their civilization. Since not enough is understood about the situation to justify any interference with their evolution, the Service has no power […]

Xenogeneic: First Contact by Lance Erlick Aerospace engineer Elena Pyetrov travels into space to continue her father’s research. Her ship crashes. Within caves on an alien world, the Knoonk execute their plan to genetically adapt to Earth and displace humans. Kidnapped to the closed cave system, Elena finds other humans subjected to Knoonk experiments. There […]

The Cronian Incident by Matthew Williams Disgraced investigator, Jeremiah Ward, once worked the Martian beat, now he’s serving out his sentence in a mining colony on Mercury. His golden opportunity arises when a member of a powerful faction on Titan vanishes and Ward is promised, in exchange for investigating this man’s disappearance, a clean slate […]