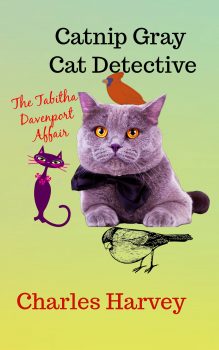 Catnip Gray is good at smelling a rat and likes stool pigeons which sometimes wind up as stewed pigeons. But will Tabitha outwit him in her scheme to get rid of her husband? Who’s fooling who in this “tail” of cat shenanigans? Buy Catnip Gray Cat Detective: The Tabitha Davenport Affair Here Charles Harvey’s Website […] 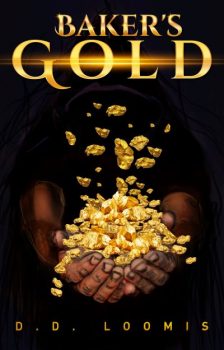 Francis Baker’s flair as a thief is unmatched when it comes to his skill at remaining undetected, whether as a pickpocket or when committing a burglary. The suspense builds when he falls into the clutches of criminals who wish to make use of his abilities. They get more than they bargained for when he escapes […] 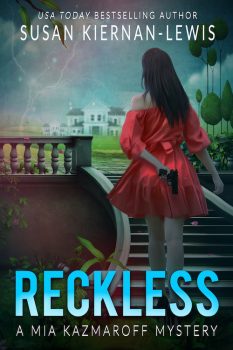 Mia Kazmaroff is able to tell the story behind any object simply by touch, which comes in handy when her Atlanta police detective brother is murdered.  Mia reaches out to his partner Jack Burton to find the killer while they attempt to ignore the sparks flying from their undeniable mutual attraction.  Buy Reckless Here Susan […] 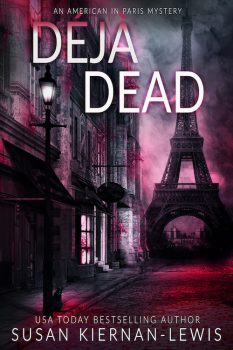 Claire Baskerville is a sixty-something American who finds herself alone in Paris when her husband is brutally murdered. Reeling from the devastating secrets he left behind, Claire only knows she can’t move forward until she finds out the truth behind who killed her husband. Unfortunately, the closer she gets to the truth, the more determined […] 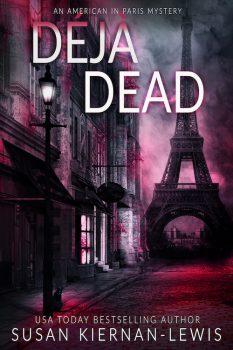 Claire Baskerville is a sixty-something American who finds herself alone in Paris when her husband is brutally murdered. Reeling from the devastating secrets he left behind, Claire only knows she can’t move forward until she finds out the truth behind who killed her husband. Unfortunately, the closer she gets to the truth, the more determined […]

Rising Wind: The Thunder Beings by Diane Olsen When impassioned paleontologist Secora James is summoned to South America to confirm or dispel rumors of a creature long-thought extinct, she lands herself in more trouble than she had ever imagined. Secora knows that the Mapinguari, a giant ground sloth that rivals King Kong for size, is […] 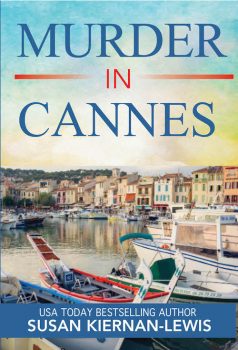 Summer on the Côte d’Azur means tan bodies, wide beaches and glamorous nightclubs throbbing with the vitality of the rich and beautiful. So when Maggie Newberry arranges to meet an old boyfriend at the International Advertising Festival in Cannes, it’s no surprise she begins to feel the seduction of her old life. But amidst the […]

Murder travels nicely in this popular mystery series by a USA Today Bestselling Author featuring expat Maggie Newberry who lives in France with her winemaker French chef husband. Enjoy the sights and smells of Provence, the Côte d’Azur and Paris as Maggie uses her amateur (and very American) sleuthing skills to detect and confront some […] 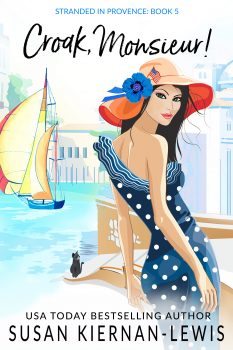 When Jules goes to Marseille to run an errand,she meets an exotic new friend who offers her a day trip on a French yacht to wash away the gloom of the post-apocalyptic winter. The trip promises everything Jules has been craving for the last six months…sunshine, rosé wine, exciting company, bracing sea air…and murder. Buy […] 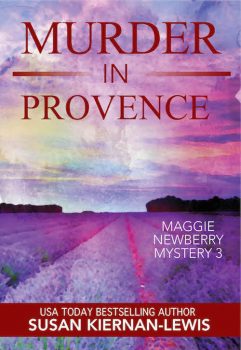 Maggie’s first year in Provence is not all it’s cracked up to be—especially with no job and a prickly first year of marriage. When the sleepy village of St-Buvard is shocked by four murders, Maggie is determined to help the sexy French police detective on the case. Buy Murder in Provence Here Susan Kiernan-Lewis’s Website […] 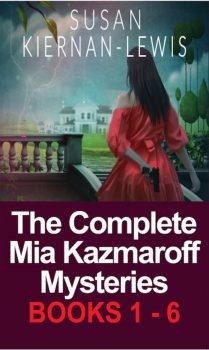 This sexy romp through Atlanta’s underworld is a spine-tingling, page-flipping thrill ride from one book to the next! Mia Kazmaroff has a gift nobody wants. She’s able to tell the story behind any object simply by touch. It’s a gift that comes in handy when she solves cases with her partner, ex-cop Jack Burton. Together, […]

When sister witches Mag and Clara Balefire stumble over the dead body of a local woman, they refuse to let the ruling of accidental death stand—not when they’re positive it was murder. Digging deeper, secrets begin to surface and the sisters suspect some of the townsfolk aren’t as innocent as they appear. When they discover […]

When her sister dies, Maggie flies to the south of France to find the little niece that no one in the family even knew existed. Along the way, she finds handsome sexy Frenchman Laurent Dernier to help with the search. Meanwhile, her sister’s murderer sets his sights on the little girl—and Maggie. Buy Murder in […]

When her French chef boyfriend inherits an ancient vineyard in Provence, Maggie Newberry leaves Atlanta for the tiny village of St-Buvard and the rich tastes, smells and sights of French country life. But murder has gone long before them and follows close behind. Buy Murder à la Carte Here Susan KIernan-Lewis’s Website Follow Susan KIernan-Lewis […]

Bad Moon Rising by T.K. Wilde At a Luxury Resort, Dead Customers are Bad for Business… Valerie Inglewood just landed her dream job. She’s the second woman ever selected to the elite Strikeforce Investigation Team out of Denver, Colorado. Can Val crack her first case before she becomes the next victim? Is her new love […]

Download now for only .99 cents on Amazon. When dependable Evan Madison fails to show up for work, police are dispatched to his home. His ten-year-old son, Brad, is discovered inside, unharmed and seemingly alone. He is stoic, sitting in front of the television playing his favorite video game, Super Mario—and he’s covered in blood. […]

Born with OCA1b, Cara Ella Smith couldn’t be more different from her sisters. The need to move far away from family lands her in Miami, where she becomes a writer. Her first novel indirectly aids Detective Abram Jonah in the arrest of a vile human being, and she becomes a target as a result. On […]

The Power of Love and Murder by Brenda Whiteside For thirteen years, Penny Sparks has managed to hide from the political powers who murdered her family. When she unwittingly exposes her true identity, not only is she marked for death, but the people closest to her risk meeting the same fate.   Jake Winters is […]