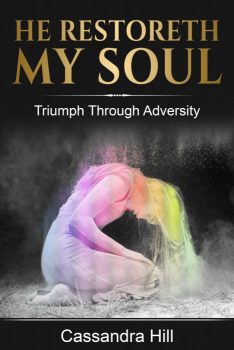 He Restoreth My Soul Triumph through Adversity by Cassandra Hill He Restoreth My Soul is a delightful devotional bursting with real kingdom principles, personal encounters, and the keys to your spiritual breakthrough! After being diagnosed with systemic lupus and suffering the painstaking loss of 5 miscarriages, Cassandra reached her hand and her hope to the […]

Charles R. Swindoll is the award-winning author of more than ninety books that together have sold more than 20 million copies. Chuck serves as the senior pastor of Stonebriar Community Church in Frisco, Texas. He was named by Christianity Today as one of the twenty-five influential pastors of the past twenty-five years. His radio program, Insight for Living, which was named Program of the Year by National Religious Broadcasters and airs daily on more than 2,000 radio stations around the world. He and his wife, Cynthia, live in Frisco, Texas. They have four grown children, ten grandchildren and two great-grandchildren.

Dove Award-winning artist Travis Cottrell has been worship leader for Beth Moore and her wildly successful Living Proof Live! conferences for 15 years. Travis has been on LifeWay’s Top 10 Artists list for the past five year; Alive Forever has sold more than 150,000 units. He has 15,000 Twitter followers and approximately 11,000 Facebook friends. Cottrell lives in Jackson, Tennessee with his wife, Angela, and their 3 children.

In addition to winning several Grammy and Dove awards, Michael W. Smith has recorded more than 22 albums and had numerous hit songs in the Christian market and on mainstream radio. He is also involved in relief work, at home and around the world, and is the founder of Rocketown, an outreach to teenagers in a 38,000 square-foot facility in downtown Nashville, Tennessee. He has written several best-selling books including Old Enough to Know and Friends Are Friends Forever. He and his wife, Debbie, have 5 children and live in Nashville.