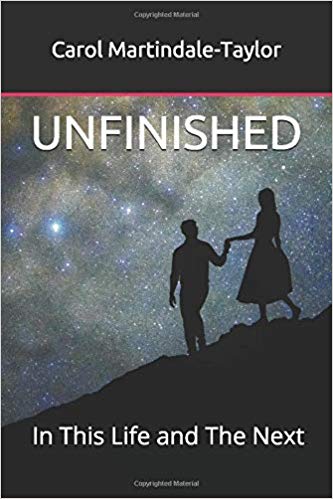 When the author was 21 years old in 1964, her first love was killed in a car crash while coming to see her when he originally planned to celebrate his own 21st birthday with friends. For the following five decades, her survivor’s guilt chose the men in her life, three men perceived to be in need of saving. Then in 2013, after writing a short story about her lost love that opened unhealed wounds, her cell phone started ringing while it was turned off. It was just the beginning.

By that time she had been a paranormal investigator for several years, and one with a reputation as a ‘debunker’ for their team. Then her cell phone rang two different times while it was turned off, convincing her that maybe, just maybe, their clients were not the only ones with unseen loved ones around them. Through late 2018, numerous incidents occurred—including both of their names being called out and recorded during two investigations—confirming her lost love was not so lost.

Looking at his pictures brings her nothing but joy now, and she understands how she allowed survivor’s guilt to take over her life. Her hope is that through this memoir, others will find some peace in dealing with their own loss, and that they will at least be open to the possibility that the Other Side really does exist.

Buy Unfinished – In This Life and The Next Here